One day I decided to shut down my Facebook account altogether. I couldn’t take it anymore. It had turned me into something I didn’t like. Cynical, angry and jealous.

Cynical because there were a lot of people with stupid ideas and opinions, or so I thought.

Angry because I saw a lot of complaints, most of which seemed justified about things that were, well, wrong and should have been made right.

Jealous because of all those bloody vacation photos. My so-called “friends” seemed to be on endless vacation, while I could hardly afford a day off.

It all turned me into a bitter version of self. Worse yet, I felt down. That should have been no surprise. Facebook is notorious for its “feel bad about yourself” effect. Actually it feeds on this side effect. Its algorithms prey on the depressed. I guess we’re more susceptible to buy stuff when we’re down.

So I vowed not just temporary abstinence, but a complete detachment. Never to return again. 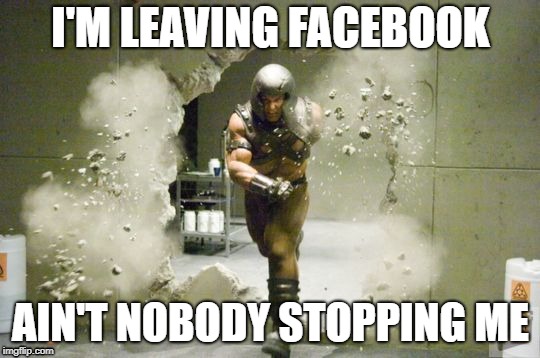 Or so I thought.

A year or so later, older and somewhat wiser I decided it may be a good idea to return for professional reasons and so I re-entered, this time focused more on technical groups and far less on real or fake friends. Sure every once in a while I still need to remind myself not to be sucked again into the black hole and unfollow whatever’s not productive, but in general it’s a smoother ride, right?

Only it kinda isn’t. It appears that even technical stuff can drive a grown man into tears.

You see, there’s the tech version of the endless vacation people. It’s the “how come they know all this stuff and I don’t?”. And what the hell is Kubernetes?

This makes me feel stupid. Maybe I should buy a course or a book or something. Look, there’s an ad for that, who would have guessed?

Did you get that? It’s the same old trick Facebook pulls under our feet and it really doesn’t matter if it’s casual or professional. It’s the same algorithm aimed into showing ads to the docile users.

But this time I stopped to think before pulling the plug again. Why is it that I feel as if EVERYBODY knows stuff that I just can’t keep up with?

There are several reasons for that. First of all I was probably exposed to professionals of different vocation. I saw equal amount of front end, server side and devops articles all blended into a single guise of “developers”.
Secondly it doesn’t really take that many people to create the illusion of well-established knowledge, Here’s a prime example. If you’ve seen enough articles you’d probably beat yourself with a stick for not doing unit tests, right? Well guess what, I’m not sure I’ve met a single developer who actually does unit tests! Wait, what? How do you reconcile these two facts? The truth is that it doesn’t take that many evangelists to promote a technology and create an illusion of popularity. If you’re not sure then just ask yourself how many people you know who use augmented reality, virtual reality, 3D printing and IoT. 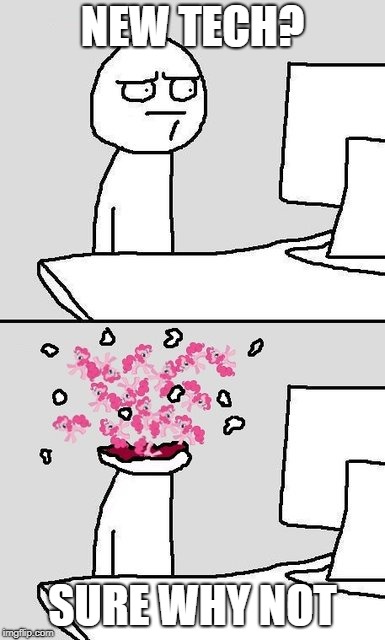 But it’s still overwhelming. Some of these articles do have a point. Even when focusing on my field alone, wouldn’t it be nice to know CSS grid? How about service workers? Progressive web apps? React, Vue, Aurelia? Zooming even further just into Angular and there’s still so much to learn and master! There’s got to be a way out of all this tech overload!

The simple answer is this: focus just on what you need in order to achieve a specific goal. It could be a side project, a portfolio item or even something you need to get done as part of your job.

When you need to reach a goal within a timeframe, you’ll encounter all sorts of challenges – goals you won’t know how to reach, you will then seek the right tutorials and expose yourself to new technologies and solutions. That is exactly the best way and time: learn new things within a context.

You will then realize that not only you do manage to learn new stuff, you actually learn much more efficiently than just skimming through endless articles and tutorials.

My take on it is this: the secret to being professional is deliberate repetitive practice with variations. 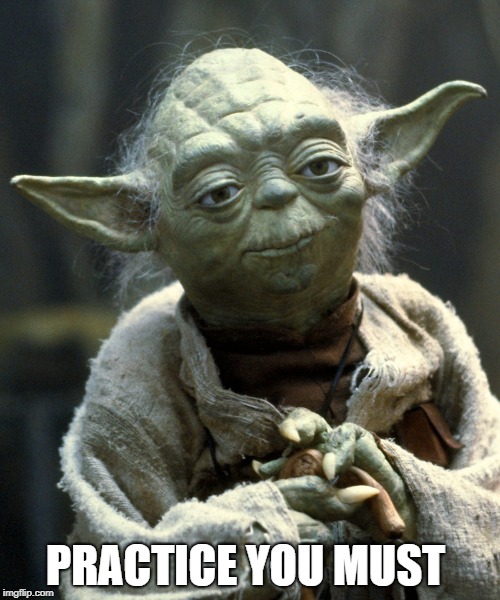 What does that mean in reality?

For an Angular project I was supposed to use Bootstrap to layout the components I was working on. In the beginning I knew very little Bootstrap. Initially I thought it would be a good idea to go over it before starting the work. But when I started working on my first Bootstrap component it was apparent that the preparation added very little value. So I started seeking the exact information regarding basic layout. I discovered the container-row-column hierarchy, Then I looked up UI elements, specifically buttons. I realized that sometimes out of the box solutions were sufficient, while in other occasions I needed to tweak the CSS to achieve the desired effect.

So for the first component it was a steep hill climb, but for the second it was easier. Then came the complete graphic overhaul. A designer stepped in and changed the entire look and feel. And again I needed to review my entire approach to layout. So I discovered that I had rounded more than a few corners (figuratively speaking) and the layout wasn’t as responsive as expected. What a blessing! I redid things properly this time and it looked so much better in every sense!

So I noticed that in a matter of a few months I have transformed from a complete newbie to an team authority on how to approach design. I wasn’t born that way. When you embrace your work as a form of deliberate practice you will become so yourself.

Watch this video from John Sonmez (simpleprogrammer.com) for more on this subject.

an open-source system for automating deployment, scaling and management of containerized applications that was originally designed by Google and now maintained by the Cloud Native Computing Foundation. 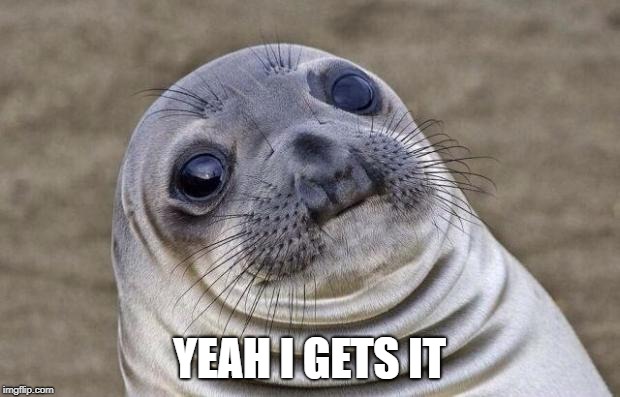 A Different Take on Code Dependencies

Code dependencies are not the devil. You just need to be wary.

When Two Conditions Race for the Same Prize

When trying to make sense of parsing both the URL and query parameters in Angular I have reached an important insight.